As an amazon associate, qualifying purchases help us earn to keep this site working

‘I finally decided to get a digital photo scanner for my photography jobs.’

‘ I have saved up for a while to get a good flatbed scanner but now I am indecisive about which Epson scanner I should buy.’

If this sounds like you, then you are going through what tons of persons have gone through when making major decisions and you have nothing to worry about especially with deciding between these two scanners.

Like many other technological devices, the specifications and descriptions might look like a load of jargon especially if you are not knowledgeable about the makeup of high-end scanners.

It is difficult to choose between two great versions of the same product but I will do my best to equip you with enough information to make your choice; all you have to do is follow me. 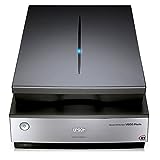 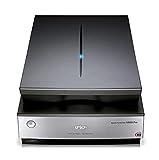 From the choice of resolution to toning and clarity, the Epson V800 scanner has some amazing features that you would love.

With quality 6400dpi scanners to scan film and an added 4800dpi optical resolution to scan a reflective photo, the V800 dual-lens system assures you of high-resolution scans and quality photos.

Epson V800 also has digital ICE technology that removes unwanted images and imperfections like prints, scratches, dust, hair and the like. Whether you choose to scan from film or photo, you will definitely get perfectly cleaned images.

You will also get the best and most original picture tone when scanning with V800. The scanner has a 4.0DMax optical density that detects the original tone, adequately reproduces the tone, taking note of the light and dark areas to give you an impressive finished product with great range.

Epson V800 comes with SilverFast SE 8 software as well as Epson scan with both basic and advanced scanning features.

V800 is also an energy-saving scanner with very low power consumption. It has a warm-up time of less than one second and features a LED light source, all of which helps you save time and energy.

The Film holders for V800 are adjustable in height and feature glass holders. The film holders make it possible to influence focus and change the stance between the film and the sensor array.

Lastly, the Epson V800 can scan everything and anything you can think about; films, slides, prints and medium formats.

V8500 features an automatic dual-lens system that switches between 6400dpi optical when scanning with film holders and 4800dpi for photo scanning. These high productivity scanners work fast, do not need warm-up time and deliver the highest level of picture quality ever gotten from any Epson scanner.

The two sets of film holders also improve productivity as you can work faster and with more films.

V8500 can scan a range of film formats with sharp focus enhanced by sturdy film holders that are adjustable in height and unique in design. The scanner also supports wide film scans of as much as 8 by 10 inches when placed on the scanner glass.

You get cleaner and more original photos from this scanner due to its automatic Digital ICE technologies that notice everything important in an original film or photo and duplicate it with the best possible quality.

Epson V8500 comes with the Epson scan software as well as two added software; SilverFast SE Plus 8 and i1 scanner software. The two added software have advanced professional functions that make sure of ideal quality in production.

I hope I was able to explain the features of each scanner in a way you can understand because it is with the understanding of the different features you can get a grasp of what the differences are and their effect on your decision-making process.

One important thing to look out for when considering these two scanners is which would give you the best image quality. Both the v850 Pro and V800 photo will give you great quality but one will get you greater quality images than the other.

You could not get an insight into which scanner is better from just studying the exterior because the factors responsible for this difference are inside both scanners; since you cannot see into them, I will let you know.

The Epson V800 and V8500 scanners both contain Dual Lens System set up that work side by side when you scan a print or film.

What this implies is that while working, both scanners will first use a high-resolution 4800 dpi optical lenses to scan paper prints, and then use the 6400 dpi optical super-resolution lens to automatically scan film. This unique set up is present in both V850 and V800 but version 850 takes it a step higher to give better quality.

The Epson 850 pro version has an added High Pass Optics that has internal design refinements. These added refinements will make sure that there is very little or no optical distortion in whatever you print and ensures that the photo gets every bit of quality the scanner can give.

In simpler terms, the version 850 somewhat puts finishing touches, looks out for every lapse and corrects it.

An anti-reflective coating covers the mirrors and optics of the Epson V850 and the coating prevents the entry of stray light into the lenses and increases the amount of internal light that they want bouncing off the mirrors. So, you have fewer invasions by unwanted light and obscurities.

It gets tricky here as the only way to know which version of the Epson scanner is faster is by conducting a test with both printers at the same time. But I could not run this test myself so the information I will give you here is what Mark Roslon pointed out while describing the two versions.

Another feature that has put the V850 ahead of V800 once again is the relatively faster scanning time it offers. If you are a full-time photographer, this might be appealing to you especially if you handle much work often.

According to Roslon, because the data processed by the V850 comes in cleaner, there is less processing and corrections to carry out so the work is bound to get completed faster than with the larger number of corrections done with the alsoV800. Information available at the release of this version also specified that V850 Pro scans 33% faster than the V800 Photo.

Epson V800 and V850 both come with film holders and guess what? They are more sturdy and rigid than the film holders you have in V700 and other earlier versions, but that’s not all.

While the V800 comes with a single set of 4 sturdy film holders, the V850 Pro doubles the numbers. That’s right; V850 has two sets of 4 film holders.

Say, for instance, you have a few batches of film to run through and scan; with the V800, you will load in the first four films, wait for the scanner to scan them and then remove the film holder to load in another set of film. You will have to do this until you finish with all the batches of film you have.

When you’re working with V850, you can afford to load films into the first 4 holders and then when the scanner works on them, you fill-up the other 4 holders. That way, you can work faster and smarter in less time.

It all depends on how much work you will handle and how important speed is to you.

Regardless of which version you choose, each set of film holders come with one different type of holder. All four holders that make up the set are different.

Another notable difference between the V850 and V800 is that the Epson V850 has extra scanner software that is not present in the V800. The Epson V850 offers you another software called ‘X-Rite i1 scanner along with an IT8 target.

What the software and added target does is to first scan with the aid of the flat IT8 scanner and then analyze the scanned file with the aid of the i1 Scanner which will compare the scanned files with an associated colour target reference. In simple terms, what the i1 scanner and IT8 target do is to calibrate your V850 scanner to meet colour accuracy.

Although the Epson V800 does not come with this X-Rite i1 scanner software with a reflective IT8 target, the software can work on the V800 if gotten and installed; the V850 just gets it all setup and installed for you so you need not go through the stress of getting an expert to add the other software.

While this might not make much sense to you apart from the ‘plus’, added, there are a few differences between both versions of the software that you should note.

There are three versions of the Silver SE scanning software that can work with any of the Epson V800 series although these two versions only contain two out of these three. The third and highest version is the SilverFast Ai Studio; but since we don’t have it up for consideration, I will focus on the two lower versions.

SilverFast SE is the lowest level of the SilverFast Software and it is as simple as this software gets. This software features simple but professional scanning functions that beginners can understand.

I hope I have helped you gain more understanding of the unique features of the Epson V800 Photo and Epson V8500 Pro and their differences.

The final decision rests in your hand, but all I can recommend is that you should decide based on the features that matter to you and what you plan to do while working with any of the two flatbed scanner versions.

Like I have often mentioned in this review, both versions are unique and have a high quality so whichever one you buy is the best choice! 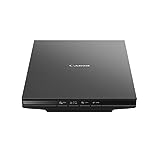 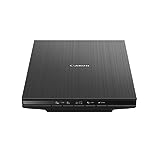 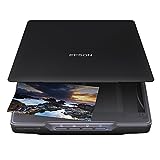